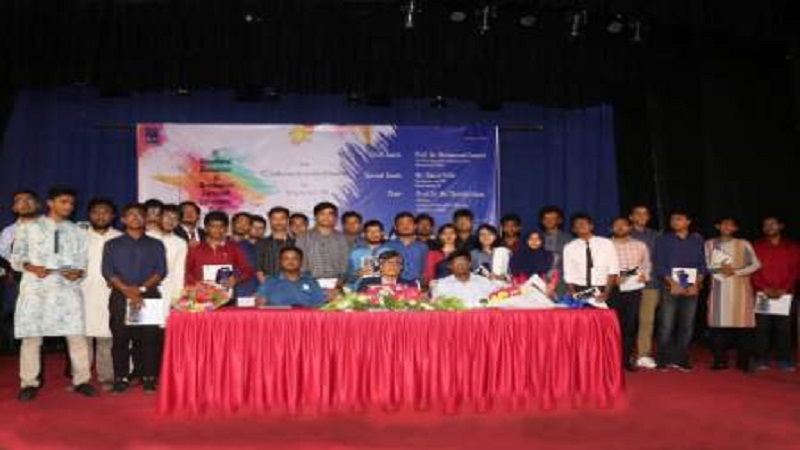 On 15th September, the fresher's reception of 11th batch and the farewell of 7th batch was held in TSC Auditorium. Brainstation-23 was the title sponsor of the event which was organised by the 9th batch of IIT.

The Chief Guest ProVC (Administration) Abdus Samad Sir along with the special guest Mr. Raisul Kabir, Co-founder and CEO of Brainstation-23 and chair Prof. Dr. Md. Shariful Islam was present on the program.

The program started with the announcement of SPL Project showcasing winners by honarable BM Mainul hossain sir. Shuvo Saha represented 7th batch and shared their experience of four years with IIT and Md Siam from 11th batch shared his experience which they had gained in these 8 month. The chief guest gave his final speech. And then the students of 7th batch were rewarded crest at the end of the first part of the program.

The second part was filled with joyous activities. From songs to dance, from ramps to drama. IITians conquered it all. Batch 11 led the event with performances in every sector and the seniors welcomed them with open arms.