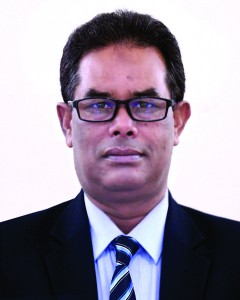 The Department of Physics started its journey in the year of the establishment of Dhaka University under the leadership of Professor Dr. W. A. Jenkins, founding Chairman of the department. S. N. Bose joined as a reader and the famous Bangladeshi scientist Qazi Motahar Hossain was appointed as a demonstrator at that time and later became an assistant lecturer in 1923. The department has been known for producing world-renowned scientists and physicists. The most illustrious name of the University of Dhaka is that of S. N. Bose, who created Bose-Einstein Statistics while he was a teacher of the Department of Physics. The monumental work of Satyendra Nath Bose in 1924 that was translated by Albert Einstein to German for Zeitschrift fur Physik paved the way to the formulation of quantum statistics, one of the pillars of modern physics. The Department of Physics is at the forefront of research in many sub-branches of physics, including X-ray diffraction, optical spectroscopy, nuclear and high-energy physics. The current research fields of the department are solid-state physics, high energy physics, physics of liquid metals, general relativity, particle physics, atomic physics, biomedical physics, laser physics, physics of low temperature, nuclear physics, atmospheric physics and meteorology, equilibrium and non-equilibrium statistical mechanics, etc. Several faculty members are engaged in collaborative research works with the Universities of the USA, Europe, Japan, and Abdus Salam ICTP in Trieste, Italy.

The Department of Mathematics, also one of the founding departments of the Faculty of Science was chaired by Professor Bhupati Mohon Sen during its establishment. The department has produced a great many mathematicians over the years who were directly involved in the nation-building process. The department is committed to producing top-notch mathematicians who will use their knowledge and analytical skills in various branches of physical and natural sciences to help solve real-life problems. The major areas of research in this department are Group Theory, Ring Theory, Number Theory, Topology, Functional Analysis, Differential Equations, Complex Analysis, Relativity and Cosmology, Numerical Analysis, Generalized Functions, Operations Research, Mathematical Physics, Fluid Mechanics, Mathematical Hydrology, Mathematical Biology, Differential Geometry, Dynamical Systems, Fuzzy Mathematics, Magneto-hydrodynamics Actuarial and Financial Mathematics.

Another founding department of the Faculty of Science is the Department of Chemistry. This department was chaired by Professor Sir J. C. Ghosh during the time of its establishment. The department has been home to many renowned chemists and scientists who earned fame home and abroad by their contributions in the different branches of theoretical and applied chemistry. Research in the department is currently carried out in the three major branches: Inorganic and Analytical Chemistry, Organic Chemistry and Physical Chemistry. Some highlighted research areas include: Preparation of inorganic solids and their characterization, Interaction of metal ions with macrocyclic compounds, Co-ordination chemistry, Solute-solvent interaction, Waste Water treatment, Al and Zn in blood serum, Arsenic and micronutrients in the environment, Air pollution, Climate change, Health effects of particulate matters, Preservatives and colouring materials in processed food, Dissipation patterns of pesticide residue in vegetables. Polycyclic aromatic hydrocarbon and heavy metals in soil, water, fish. Aflatoxin and antibiotics in foodstuff, Surface Chemistry, Electrochemistry, Photochemistry, Nanochemistry, Nanocomposite, Wastewater treatment, Electrocoagulation, Drug-metal interaction, Cyclic voltametry, Solvent - solvent interaction, Micellar catalysis, Oxidative reduction of pollutants in water, Supramolecular chemistry, Development of new materials, Chemistry of ionic liquids, Fuelcell electrolytes, Micro-emulsions, Electro-deposition.

The department of Statistics was founded in 1950 by renowned statistician and mathematician, Professor Dr. Qazi Motahar Husain. The department has left its mark both nationally and globally by producing and fostering renowned statisticians over the years. The department is committed to providing in-depth knowledge regarding the theory and application of modern statistical techniques that are an integral part of big data analytics. Current research at the department includes Applied and theoretical research in the diverse areas of Statistics, Biostatistics, Econometrics, Sampling, Experimental Design, Computational and Bayesian Statistics, Demography and Population Studies, Statistical Modeling, Time Series Analysis, Machine Learning, Robust Statistics, Informatics, Meta-Analysis, Data mining etc.

The Department of Theoretical Physics was established in the year 2007. The founding chairman is Dr. A.M. Harun ar, Rashid. The department currently offers a Master of Science degree to graduate students. The department is currently researching the following areas: Particle Physics, Renormalization Group methods in Particle Physics, Statistical Mechanics, and Condensed matter Physics aiming to develop fundamental and Interdisciplinary Sciences.

In 2008, the Department of Biomedical Physics and Technology was founded under the Faculty of Science. The founding chairman of this department is Professor Dr. Khondker Siddique-e-Rabbani. The research group of Biomedical Physics & Technology has already achieved significant innovations in the following fields, (i) Destruction of diarrhoeal germs in water at low cost using simple and easily available materials, which also provide an indirect means of solving the arsenic problem. ii) A novel Focused Impedance Method (FIM) with significant potential in the detection and diagnosis of disorders and disease of lungs, stomach, and certain cancers, in the monitoring of radiotherapy, etc. This idea has received international acclaim on which Universities in the UK and Korea have already started work. iii) Discovery of a new neurophysiological parameter named Distribution of F-latency (DFL), having potential in the detection and diagnosis of peripheral neuropathy. iv) Design and development of low-cost medical instruments for technology dissemination in the Third World. This department developed a telemedicine system (both hardware and software with associated diagnostic devices) for providing primary healthcare facilities to rural areas through the internet. The a2i project under the Prime Minister’s office of the People’s Republic of Bangladesh Government funded the department to implement the telemedicine service countrywide through entrepreneurs.

Most recently, the Department of Theoretical and Computational Chemistry was founded by Professor Dr. Mohammed Abdul Aziz in the year 2017. Computational chemistry is a natural outgrowth of theoretical chemistry, the traditional role of which involves the establishment of a conceptual understanding and quantitative characterization for the chemical sciences, particularly at the atomic and molecular levels. The department is currently undertaking research in the following areas: calculation of molecular properties such as the structure of molecules, energy, dipole moment, electronic charge, and spectroscopic measurements and so on, performing simulation to macromolecular systems such as nucleic acids, lipids, and proteins, or system of a large number of molecules like gases, liquids, and liquid crystals, drug design, design of new catalysts, chemical synthesis, reaction mechanism studies, and design of novel materials.

The Faculty of Science is home to the Institute of Statistical Research and Training (ISRT), a research institute established in the year 1964 to provide a vibrant academic and research environment for faculties and researchers. Professor Qazi Motahar Husain was the founding director of this institute. The institute is the proud publisher of the Journal of Statistical Research (JSR), a prestigious bi-annual journal in statistical sciences, published since 1970. It is an internationally renowned journal in the field of Statistics. The institute organizes training programs, independently as well as in collaboration with other organizations, on various topics, such as research methodology, statistical techniques for epidemiological research, monitoring and evaluation, and biomedical research. The Institute offers training courses on basic statistics and computer packages, like SPSS, Stata, R, etc. Apart from these, other events like seminars, symposiums, and workshops are regularly organized by the Institute.

The Dean is responsible for conducting, overseeing, and coordinating the activities of the Faculty. In accordance with the Dhaka University Ordinance 1973, faculty members follow an election procedure for nominating and electing a Dean of the Faculty of Science for two years. Before this Ordinance, the Dean of the Faculty was appointed by the Vice-Chancellor of the University of Dhaka. Many renowned physicists, chemists, statisticians, and mathematicians such as Prof. Dr. W.A. Jenkins, Prof. Dr. J.C. Ghosh, Prof. S.N. Bose, Prof. N.M. Boshu, Prof. Dr. Q.M. Hossain, and many others have made great contributions to the Faculty during their time as Dean.

The Faculty of Science currently offers four-year BS (Honours.), one year MS, M.Phil, and Ph.D. degrees. The students of the Faculty have been awarded the Dean's award for outstanding performance in each academic year. Also, the Faculty members have been regularly awarded Dean’s award for their research articles and book chapters published in reputed journals worldwide. To conduct contemporary research in the various fields of physical and natural Sciences, three research centers namely Bose Center for Advanced Study and Research in Natural Science, Semiconductor Technology Research Center, and Organic pollutants Research Center have been established. The Dhaka University Journal of Science is the Research Journal of the Faculty which is a double-blind peer-reviewed and published biannually as January and July issue.